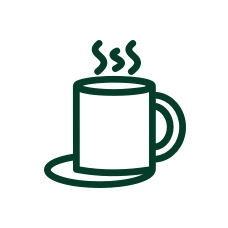 China is a global green tea powerhouse, exporting more of the green leaf than any other country in the world. It is also a large country with many tea growing areas producing a wide variety of teas. New areas of tea production are rising and increasing their yields while more established and familiar tea provinces experience flatter growth or declines. These fluctuations have an impact on China’s export of green teas. Changes in points of origin within China for green teas affects the price of green teas, and potentially alters expectations regarding classic specialty tea characteristics and can give rise to new avenues for premium teas.

China is the single largest source of green tea to the US, accounting for 43 - 51 percent of annual green tea imports between 2015 and 2019. Noticeable gains in packaged green tea and organic green tea imports from China also coincide with US consumer data showing growing preference for green teas over black teas.

Within the context of China’s total exports, the country retained 87% of its total tea production. Of the over 2.8 million metric tons of tea China produced in 2019,

China’s green tea goes across the globe. A whopping 20%, or about 75 thousand metric tons, of China’s tea exports go to Morocco. Morocco purchases vast quantities of green tea for both domestic consumption and re-export and by far the largest single importing country of Chinese green tea. The popularity of Moroccan mint green tea is the dominant contributing factor.

The US takes a much smaller share of export volume, usually around 4% per year. In terms of dollar value, the US ranks number 6 - 8 on the list of China tea buying countries. Canada receives less than 0.5% of China’s tea exports. It is worth noting, however, that these numbers do not necessarily reflect the actual amount of Chinese tea in these countries’ markets. The US and Canada import packaged, blended and flavored green teas from non-producing countries that can include Chinese green tea.

China continues to increase its production of all teas, including greens.

The last five years has shown China continues to increase its production of all teas, including greens. Green tea production grew 5% from 2017 to 2019 alone. In 2019, China reported producing 2.8 million metric tons of tea, a 19% increase from 2015. Breaking that production down by tea type results in:

China has about 16 provinces that each produce over ten thousand metric tons of tea, but the top 3 provinces (Fujian, Yunnan, and Hubei) contribute a combined total of 41% of the nation’s tea. These provinces contribute significant portions of green tea, but do so on varying scales based on the types of tea those provinces produce. For example, Yunnan Province has ranked number 3 on the list of green tea producing provinces, but only 45.8% of its total annual production is green tea. Zhejiang Province ranks number 4 on the list of green tea provinces, but about 92% of its tea production is green tea.

As regions go, the Western Belt of provinces (Guizhou, Sichuan, and Yunnan) are the largest producers of green tea, contributing approximately 40% of China’s total. Guizhou is the single largest contributor, delivering nearly 15% of all the nation’s green tea. The Eastern Belt of leading tea provinces (Anhui, Fujian, and Zhejiang) supply about one quarter of the total green crop, and these provinces are leaders in terms of tea exports.

As regions go, the Western Belt of provinces (Guizhou, Sichuan, and Yunnan) are the largest producers of green tea

It is important to note that being a leading exporter does not equate with being a leading producer. These Eastern Belt of exporting provinces often bring in leaf crop from one or more other provinces and can then sift, sort, blend, flavor, and pack these teas for export. The green tea material leaving the province did not necessarily originate in the province. Given the amount of Chinese green tea (1) that remains in China, (2) the role of these Eastern Belt exporting provinces in growing, sourcing and blending, (3) and the larger volumes of lower-cost green teas produced in China’s Western and Central Belts, the vast majority of the green tea going out of China was grown in provinces virtually unknown by the North American consumer.

The Central Belt (Hubei, Hunan, and Shaanxi) of provinces currently produce about one-fifth of all Chinese green tea, but their combined total share will likely eclipse the Eastern Belt in the near future. Simply put, these provinces are putting more new tea plants in the ground than other provinces, and have the potential to significantly improve their yields. In the fight for sustainability and economic development in poverty-stricken regions, the central provinces have seen the expansion of tea planting. Tea crops can provide stable economic growth to impoverished counties where land is more plentiful. The rate of urbanization in China has reached 60% and much of this is located in the eastern, coastal provinces. Land area in the Eastern Belt devoted to tea fields appears to be shrinking.

Yields (measured in kg per hectare) further reveal the gains being made in the Central Belt. China’s national average yield is around 900 kgs per hectare. Compare this to India with about 2,000 kg/hectare and Vietnam with 1,300 and China’s performance doesn’t look quite so rosy. Two details help clarify. First, China’s more northerly position means its plants cannot necessarily produce the volumes found in warmer climates. Secondly, a growing proportion of China’s fields are new. The Central Belt provinces saw a 31% gain in total tea field area during the 7 year period from 2010 - 2019. Guizhou in the Western Belt saw a 179% gain in tea fields over the previous ten years.

But newly planted tea fields can take 2-3 years to reach a viable crop. Weather conditions and inefficient farming practices can also hinder yields. Hubei Province in the Central Belt increased its yields from a below average 616 kg/hectare to a little over 1,000 kg/hectare and in the process became the 3rd largest tea-producing province. Other Central and Western Belt provinces are dramatically increasing their yields and gaining rank in production. These provinces are positioned to become the world’s “green tea basket” with affordable, quality teas.

US Tea Market - Tariffs and Trends

The US tea market has plenty of room for further growth, but won't be more of the same